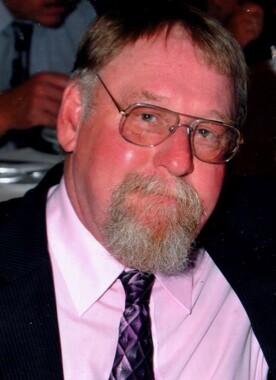 Back to Timothy's story

Timothy C. "Tim" Dyer, 69, passed away on Jan. 13, 2020 at 1:50 p.m. at Daviess Community Hospital. Tim was born in Knox County on Dec. 30, 1950, and was the son of Juanita Ainscough. He married Rita Nowling on July 4, 1980.
Tim was a member of New Hope Christian Church and worked 25 years as a foreman for Superior Steel Ball. He retired from the maintenance department at Washington Community School Corporation. Tim was a member of the American Legion Post 121 and the VFW Post 321 where he was active with the honor guard. He enjoyed camping and fishing with his kids and grandkids, cooking, joking and harassing his family. He also enjoyed being with several groups of his friends and always wanted his family together during the holidays.
Survivors include his wife, Rita Dyer of Washington; his children, Brian Dyer and his wife, Angie, of Plainville; Bill Dyer and his wife, Whitney, of Plainville, Jordan Dyer and his companion, Kayla Hamm, of Washington, Brooke Wagler and her husband, Billy, of Muscatine, Iowa; mother-in-law, Doris Kane of Washington; his grandchildren, Breanna, Sadie, Joseph, Erika, Jordan, Peyton, Tate, Mabrey, Dayton, Lyli, Elly, Isaac, Sailah and his great-grandchildren, Aubrey, Cole, Braxton, Lilly and Karmen. Tim was preceded in death by his mother, and his brother, Larry Dyer.
Friends may visit with Tim's family from 4-8 p.m. Thursday, Jan. 16, 2020, at Goodwin-Sievers Funeral Home, 2020 State St., Washington and from 9 a.m. until the hour of service time of 11 a.m. on Friday at the funeral home.
Billy Wagler will officiate the service and Tim will be laid to rest in Sugarland memory Gardens. Memorial contributions may be made to the VFW Post 321 3 E. Main St., Washington, IN. Online memories may be shared with Tim's family and friends at www.goodwinsieversfh.com. Goodwin-Sievers Funeral Home is honored to assist the Dyer family with arrangements.
Published on January 14, 2020
To send flowers to the family of Timothy C. Dyer, please visit Tribute Store.

Send flowers
in memory of Timothy

A place to share condolences and memories.
The guestbook expires on April 13, 2020.