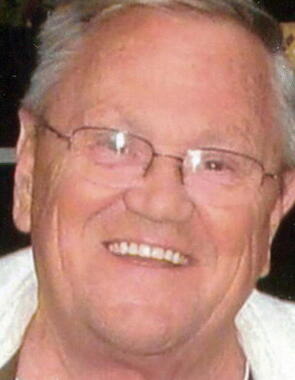 Back to Raymond's story

Raymond L. Clifton, 87, of Indianapolis, passed away Dec. 8, 2019. He was born Feb. 29, 1932, to the late Raymond L. Sr. and Evelyn E. (Allison) Clifton. Raymond was a graduate of Jefferson Davis High School in Houston, Texas. He owned Troy's Restaurant in Washington, Indiana, from 1969-1982. He then managed the food services area of Indianapolis Life Insurance Company for 15 years, retiring in 1998. Raymond was a devoted member of Christian United Church. He enjoyed traveling with his family, going to the casino and loved hosting family events.
Visitation will be Wednesday, Dec. 11, 2019, from 10 a.m. until the time of the funeral service at noon at Shirley Brothers Fishers Castleton Chapel, 9900 Allisonville Road.
Raymond is survived by his sons, David (John Eckel) and Dean (Regina) Clifton; grandchildren Tami Aldrich, Stephanie Garland, Raymond Clifton, Ben Clifton, Michelle Clifton; sisters Nancy Ludlow, Mary Ann Berlier, Sue Ann Clifton; brother Wally Clifton; and 17 great-grandchildren. He is preceded in death by his loving wife, Shirley Ann Clifton, and sons Douglas and Darryl Clifton.
In lieu of flowers, memorial contributions are suggested to Riley Children's Hospital.www.shirleybrothers.com.
Published on December 9, 2019
To plant a tree in memory of Raymond L. Clifton, please visit Tribute Store.

Plant a tree in memory
of Raymond