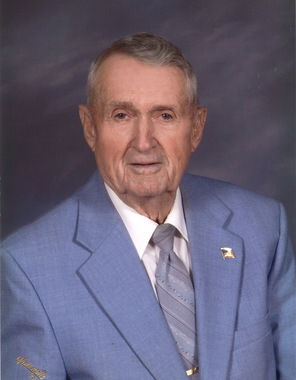 Back to Harold's story

Harold R. McCracken, 95, of Washington, went to his heavenly home on Tuesday, January 21, 2020.
Harold was born December 29, 1924 in Washington, IN to the late William Ray McCracken and Inez (Myers) McCracken. He was a devoted husband, father, and grandfather; and was a lifelong farmer. Harold was a 1943 graduate of Barr Reeve High School and a former member of the I.O.O.F.
Survivors include: his loving daughter, Kathy Jeffers (David); daughter-in-law, Jo Ann (Armes) McCracken; six grandchildren; nine great-grandchildren; and nieces and nephews.
He was preceded in death by his wife, Hazel Frances (Barber) McCracken; a son, Steven Ray McCracken; parents; two brothers, Carl Roscoe and George Edwin McCracken; and two sisters, Wanda Marie Williams and Wilma Jean Swann.
Visitation will be held on Thursday, January 23, 2020 from 4:00 P.M. until 8:00 P.M. at First Christian Church, 117 NE. 3rd St. Washington, IN 47501. A service will also be held at the church on Friday, January 24, 2020 at 1:00 P.M., officiated by Pastor Byron Holtsclaw, with visitation prior from 11:00 A.M. until the time of service. Memorial contributions may be made to the American Diabetes Association, P.O. Box 15829 Arlington, VA 22215. Arrangements entrusted to Gill Funeral Home. Online condolences may be made at www.gillsince1872.com.
Published on January 21, 2020
To plant a tree in memory of Harold McCracken, please visit Tribute Store.

Plant a tree in memory
of Harold

A place to share condolences and memories.
The guestbook expires on April 20, 2020.

Bright and Beautiful Spray was purchased for the family of Harold McCracken by Holly Billings, Mimi Nelson, and Rosie Billings and Family.  Send flowers