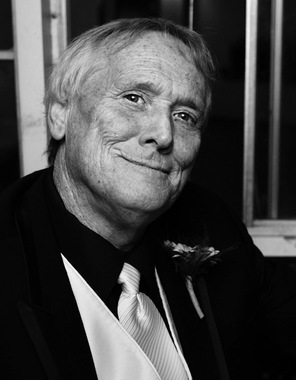 Back to Garry's story

Born and raised in Washington, IN, the son of Charles Mack and Gertrude Louise (Elmore) Duzan.

Garry was preceded in death by his loving wife of 43 years, Debbie (Fleenor), and both of his parents. He is survived by his son and grandson, Joe and Conner Duzan of Plainfield, IN; his daughter and grandchildren, Stacey (Micah) Heath and Ellie and Ollie of Bloomington, IN; his sister, Connie (Leonard) Spellmeyer of Jasper, IN; and several nieces, nephews, great-nieces, and great-nephews that he loved dearly.

Garry served in the United States Army from 1966 to 1968. For the past 21 years Garry was an Over the Road Truck Driver for Best Home Furnishings, easily logging a few million miles over his career.

More than anything Garry loved his family and friends. Garry was a loyal Los Angels Dodgers supporter, an enthusiastic fan of music, especially Jerry Lee Lewis, Elvis Presley, and Motown music. Garry loved to be surrounded by family and friends sharing stories along with his infectious laughter. Garry was the life of the party whether it was talking about the good ol' days with friends or entertaining his grandchildren.

Memorial services will be held at Gill's Funeral Home in Washington, IN on Saturday, January 18. The memorial visitation will be from 11:00-2:00 with a memorial service at 2:00. Condolences may be made to the family at www.gillsince1872.com.

Memorial gifts may be made to the Down Syndrome Family Connection: DSFC Treasurer, 413 W Skyline Drive - Bloomington, IN 47404
Published on January 16, 2020
To plant a tree in memory of Garry Mack Duzan, please visit Tribute Store.

Plant a tree in memory
of Garry

A place to share condolences and memories.
The guestbook expires on April 15, 2020.

Don and Pat Cosby
We loved having Gary and Debbie as our neighbors. When any of us were outside and Gary was outside, he loved to visit and talk and he was always generous with his garden produce. I feel he only did it so he could give it away. We have lost wonderful friends and neighbors and are saddened they are gone home to be with our Lord. We will surely miss them. We are sending many prayers up to the Lord to give strength to his children and their families.
View all