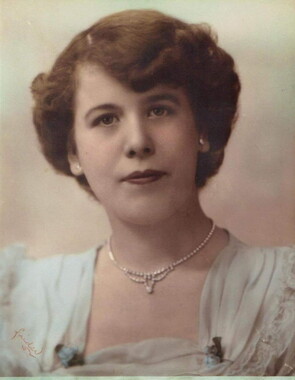 Back to Audrey's story

Audrey Faunce 83, of Washington, went to her heavenly home on Thursday, January 9, 2020.
Audrey was born in Alfordsville, IN to the late James and Mary (Frost) Cannon. She attended Alfordsville School, and was wed to the late Joseph Faunce.
Audrey was employed by Uniroyal and Superior Ball as she made sure all the offices and facilities were kept clean and tidy. She enjoyed outdoor activities such as; fishing, camping, mushroom hunting, and just sitting on her porch swing. Audrey also liked watching Little House on the Prairie and the Walton's.
She is survived by her loving family; two daughters, Barbara Cox (Steven), Debbie Bryant Faunce; grandchildren, Gwen Aishe, Angela Sparks (Josh), Chris Hayes (Ann Marie Jackson), Selena Norris (Ben); great-grandchildren, Mia Mimms, Mariah Walters, Zack Street, Jack Norris, Sean Miller, Larissa Miller, Katelyn Sparks, Kayden Sparks; great-great-grandchildren, Aria Jane, and Elijah; siblings, Margie Williams, Pauline Trawick, Donna Pinnick, Carol Strong, James Cannon; and many nieces and nephews.
She was preceded in death by her parents; husband; granddaughter, Sabrina Cox; and sister, Lucille McCallister.
Visitation will be Monday January 13, 2020 from 4-8pm at Gill Funeral Home. Services will be Tuesday, January 14, 2020 at 11am also at Gill Funeral Home. Burial will follow at Sugarland Memorial Gardens.
Condolences may be made to the family online at: www.gillsince1872.com
Published on January 10, 2020
To send flowers to the family of Audrey Faunce, please visit Tribute Store.

Send flowers
in memory of Audrey

A place to share condolences and memories.
The guestbook expires on April 09, 2020.

terrie bolin
so sorry for your loss. my mom connie Jackson passed last june. they were pretty good friends
View all