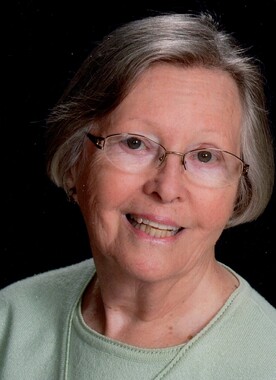 Back to Agnes's story

Agnes Janet (Jeanette) Spillman, age 92, passed away Sunday, at Jasper Memorial Hospital after an illness of three weeks.
Janet was born in Urbana, Illinois on January 27, 1927 to Melvin V. and Iva Ruth (Claytor) Horton. Due to her mother's illness, her family moved to Rodeo, New Mexico, leaving her infant brother in the care of her mother's oldest sister. Her mother died when she was three. After her mother's death her father remarried and the family moved to Douglas, Arizona. Her father was killed in an automobile accident in October, 1930. For a short time, she lived with her stepmother, Alta (Jordan) Horton Reiser. She was then adopted by her mother's brother and his wife, Kermit and Frances Claytor and began school in San Simon, Arizona. Due to the Great Depression and the lack of employment opportunities, and with the assistance of his brothers and sisters, her Uncle Kermit brought Janet and her older sister, Jean, back to Odin, Illinois, riding in the rumble seat of a Model T Ford. Janet and Jean were united with their younger brother, Louis, and adopted by their mother's oldest sister and her husband, Agnes and Bob Moore. Janet graduated from Odin, Illinois's three-year high school in 1943, She was the class salutatorian. She finished her fourth year of high school high school at Salem (Illinois) High School. After graduation she became a telegraph operator for the B&O Railroad. She married Alva C. (Bud) Spillman on March 19, 1945, in North Vernon, Indiana, and they moved to Washington, Indiana in June of that year. Bud and Janet were married for 55 years. Bud died July 14, 2000.
Janet was an active member of Christ United Methodist Church where she served in several positions over the years and continued to be active in the church's quilting group until her death. She was also a member of RSVP. She was a former member of Beta Sigma Phi sorority, the Washington Garden Club, the Browning Club, the Daviess Community Hospital Auxiliary, and served as a Gray Lady at the local hospital for many years.
After her sons were in school, she worked for Wright's bookstore and, later, as a clerk in the County Assessor's office until her retirement. Janet served as a Republican precinct vice-chair for several years and was a precinct inspector during elections for many years. In her younger years she was an athlete and her love of sports continued through her life. She was a season ticket holder for Hatchets basketball games for over 60 years. She attended her last game just four weeks ago. She was also an IU fan and watched Saturday's IU/Ohio State game from her hospital bed. She was also an avid reader.
Janet was preceded in death by her husband, Bud; her parents Iva and Melvin Horton; a step-mother, Alta (Horton) Reiser; adoptive parents Kermit Claytor, Frances (Claytor) Lawshee, and Bob and Agnes Moore; her sister Alice Jean Pridemore; brothers Louis Moore and James Reiser; and her beloved granddaughter Erin Spillman.
She is survived by her sons, Don (Bev) Spillman of Washington and Richard Spillman of Hebron, Kentucky; grandsons, Ryan (Lesly) Spillman of Washington, and Matthew (Tricia) Spillman of St. John's, Florida; three great-grandchildren, of whom she was very proud, Grayson, Logan, and Mackenzie Spillman; nieces, Rebecca Woodruff, MaryRuth Leonard, and Martha (Rick) Seal, Valerie Lopez and Marjorie Bryan, nephew's Bill (JoAnn) Spillman, Mike, Wayne, Greg and Darrell Rieser; foster grandson, Julio (Katie) Canseco, several cousins, and great nieces and nephews. Special neighbor, Harry Wilson, and friends, Carolyn Jones, and John and Janet Wilkins, and the members of the CUMC quilters added to her enjoyment of life.

Friends may visit with Janet's family from 4-8 pm on Saturday, January 18, 2020 at Goodwin-Sievers Funeral Home, 2020 State St and from 1:30 pm until the hour of service time of 2:30 pm on Sunday, January 19, 2020 at Christ United Methodist Church 104 N. Meridian St. in Washington. Rev. Jerry Turner will officiate and Janet will be laid to rest in Sugarland Memory Gardens. On line memories may be shared with Janet's family and friends at www.goodwinsieversfh.com. Memorial contributions may be made to Christ United Methodist Church or Washington Community Schools. Goodwin-Sievers Funeral Home is honored to assist the Spillman family with arrangements.
Published on January 13, 2020
To send flowers to the family of Agnes Spillman, please visit Tribute Store.

Send flowers
in memory of Agnes

A place to share condolences and memories.
The guestbook expires on April 12, 2020.

MaryAnn Spillman
I am so very saddened by your loss. Keeping the entire family in my prayers. And Janet, you were right.💕
View all